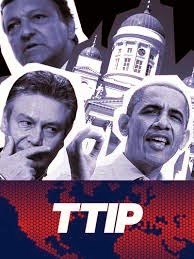 This letter was sent on January 22, 2014 by email to John Clancy contact person listed in the press release of the EU Trade.

I am writing you as an ordinary citizen of the European Union. First of all, I would like to congratulate you on the initiative put forward by your department of consulting the European public on one of the provisions of the Transatlantic Trade and Investment Partnership, specifically that which refers to “investment protection”.

Ideally, your department would always act in this manner, as transparency is not just a positive aspect in European institutions, but should also be a mandatory one.

Having said this, I would like to make a series of reflections and proposals, which I hope are read and evaluated.

First of all, I initially wrote this letter in Spanish, my native language and a co-official EU language along with English and the languages of the other member states. Accordingly, it came as a surprise to me that the press release announcing the citizen consultation process was written exclusively in English.

Obviously, not all EU citizens speak English and those who do not are therefore automatically excluded from the consultation process.

I believe that this is an important aspect, as it starts the TTIP citizen consultation process off on a non-inclusive basis and implies, to say the least, a serious lack of tact.

Secondly, the press release gives a brief run-down of the reasons for which the citizen consultation process is opened, linking to a press release of 20 December 2013, which makes it clear that the EU is not willing to allow “investment protection” to limit the political autonomy of the Member States, by means of the use of legal stratagems which invalidate regulations and refer any such invalidations to international courts of arbitration, beyond the scope of the signatory states. 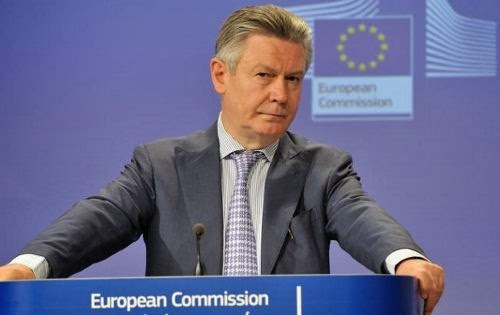 To ensure that such situations do not arise, your Department has decided to hold a public consultation using a clear and simple explanatory text drafted by the Department of Commerce, to ensure that even persons without technical understanding may be informed.

While I think that the idea of drafting simple texts accessible to all readers is excellent, I would like to make a comment in this regard.

In my own case, I am over 18 years of age and have reasonable reading comprehension skills. I do not urgently need somebody to draft a document which, in all likelihood, would emphasise certain points to lead my opinion in any one direction.

Logically, this would also involve including the documents describing the positions of the parties at this moment in time and outlining in which aspects there has or has not been a rapprochement.

I insist that nobody is entitled to determine what I should think and, accordingly, the only way to ensure that the consultation process is truly transparent is to give access to all original documents.

Otherwise, I will be forced to the conclusion that the aim of the Department of Commerce is to manipulate me in order to use the consultation as an excuse before the US delegation in order not to deal with this matter in the fourth round of negotiations, to be held in March.

I also find it strange that the consultation should take place in the same month as the fourth round of TTIP talks.

Another possibility is that the only reason for this consultation is the fear of losing political power in the face of the demands of big business.

In this regard, it is striking that you look only at how it affects political power, whereas in other aspects, such as intellectual rights, the environment and the financial system, you accept the caveat “...provided that, in doing so, they do not nullify or impair the benefits accruing from the Agreement”, which refers to national laws and which came to light thanks to the leaked EU negotiating mandate.

I also find it striking that all information provided regarding the public consultation is managed via the Transatlantic Partnership page, the aim of which is to campaign in favour of the agreement, as we now know thanks to another leaked document which clearly explains that the communication strategy aims only to highlight the positive aspects of the Partnership and to neutralise dissent.

I would suggest that you create a separate independent page for the consultation, in order to quash any suspicions of possible manipulation.

Lastly, I would ask that this example of transparency with regard to “investment protection” be extended to all other areas of the Transatlantic Partnership, giving full access to the original documentation in order to understand its true scope and to prevent repeats of the embarrassing spectacle that occurred with regard to the Trans-Pacific Partnership Agreement, when Wikileaks published two articles highlighting not only the lack of transparency in the talks (also the case with the Transatlantic Partnership), but also the non-democratic nature of concealing the repercussions of the talks on citizens, their freedoms and the environment.

It is my hope that this letter should help to improve transparency and freedom of information regarding the public consultation on the “investment protection” aspect of the Transatlantic Partnership.